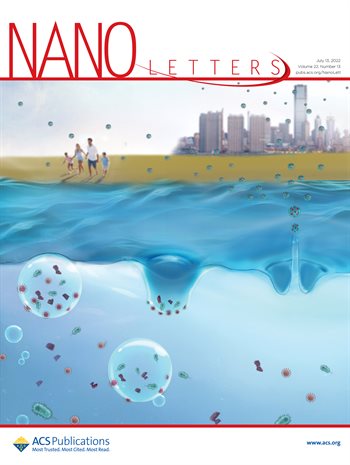 Bubbles present in liquids are commonplace in many natural and industrial processes. These bubbles inevitably rise to the liquid surface and burst, creating tiny jet droplets that are ejected into the surrounding atmosphere.

Micro- and nano-sized particulates, such as bacteria and viruses present in ocean water, for example, can be much more concentrated in the jet droplets ejected during bubble bursting. Because these jet droplets are so small, the microorganisms they carry are aerosolized – dispersed into the surrounding air then carried away by the wind and may inhaled by people.

Additionally, pollution from micro- and nano-plastics has been a major concern in recent years. Scientists believe these plastics are possibly ejected into the atmosphere through bubbles bursting at the ocean surface, as plastic pollutants have been detected in human lungs and blood. Global climate conditions are also highly influenced by the composition of the atmosphere, which itself is affected by the makeup of the sea spray aerosol formed by bubbles bursting at the ocean surface.

This process is a potential mechanism for the airborne transmission of viruses, bacteria, and many other pollutants from water to air. However, the detailed mechanism of the enriched concentration in the jet droplets is not well understood, as the increase in concentration has historically been difficult to predict. 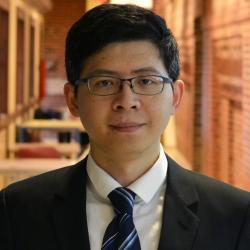 Feng’s research, published in Nano Letters with co-authors Bingqiang Ji and Amrit Singh, experimentally investigates the enrichment of microbe-sized particles in bubble bursting jet drops and highlights the underlying hydrodynamic mechanism, combining the effects of bubble scavenge (in which particles attach to the bubble surface as it rises through the water) and bursting on the transport of particles. The researchers provided scaling laws that can describe the particulate concentration in these bubble bursting aerosols.

“For the first time, the scaling law describes the main trend of microbes’ enrichment in several previous studies, highlighting the important role of multi-phase fluid dynamics illustrated by our model in water-to-air transmission induced by bubble bursting, and the potential of our model for the prediction of nano/micro-sized particulate and organism enrichment,” Feng said.

As it relates to water-to-air disease transmission from toilets, swimming pools, tubs, and wastewater plants, team’s research may provide guidelines to predict the pathogen load present and the infection risks resulting from inhaling the bubble bursting micro-droplets, thereby advancing the evaluation and prevention of community disease transmission arising from bubble bursting.

On a larger scale, their research could advance the models currently used to predict the particulate concentrations in sea spray aerosol – thus enabling climate scientists to improve their own modeling and predictions of the global climate.

“Our study not only reveals the hydrodynamic mechanisms of the enrichment of nano/micro-sized particulates in water-to-air transmission by bubbles, but it also provides potential guidelines to predict the particulate concentration in bubble bursting aerosols, which dictates the mass transfer processes of relevance to global climate and public health,” Feng said.

The paper, “Water-to-Air Transfer of Nano/Microsized Particulates: Enrichment Effect in Bubble Bursting Jet Drops,” was chosen as an ACS Editors’ Choice and was also published as a cover paper for the Nano Letters supplementary cover.

Feng leads the Fluids, Interfaces, and Transport (FIT) Lab at Illinois, where Ji recently completed a postdoctoral position and is now at The City University of Hong Kong. Singh is a 2022 mechanical engineering graduate of MechSE, now pursuing a graduate degree at Stanford University.