One of the best opportunities undergraduate students can take advantage of is to study abroad. Going to another country to learn in a new environment and experience another culture is invaluable, but what options are out there for MechSE students? 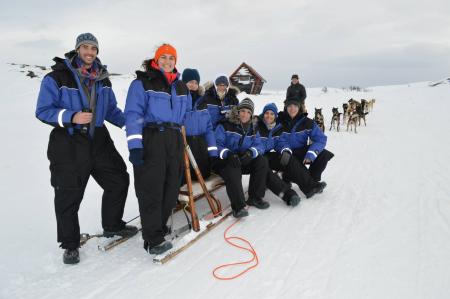 There are two integral resources for a student in the College of Engineering looking to study abroad: International Programs - Engineering (IPENG) and Illinois Abroad and Global Exchange (IAGE). Not only will these websites help you understand the process of enrolling in a study abroad program, but they can also help you find the right program for you. Check out all available programs here.

At Illinois, there are a wide variety of programs offered to all students, with as many as 80 for engineers. Additionally, the following programs were created specifically for MechSE students.

This Swedish university in Stockholm hosts 1,000 exchange students per year and has a specific program for MechSE students with a focus on energy and sustainability. Enrolled students are required to take two sustainability focused courses and the rest are up to the student’s choosing. Although there is no foreign language requirement, taking a basic Swedish language and culture course is recommended. 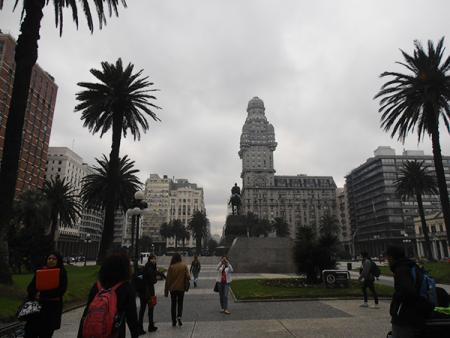 Traveling in general can be very costly, but by utilizing the resources at Illinois, there are several ways to make your study abroad experience affordable. If you receive financial aid, there is a chance that at least part of it can be applied to a study abroad program. Contact the Office of Student Financial Aid (OSFA) to learn more.

Learn more about the various costs you should consider when selecting your study abroad program. 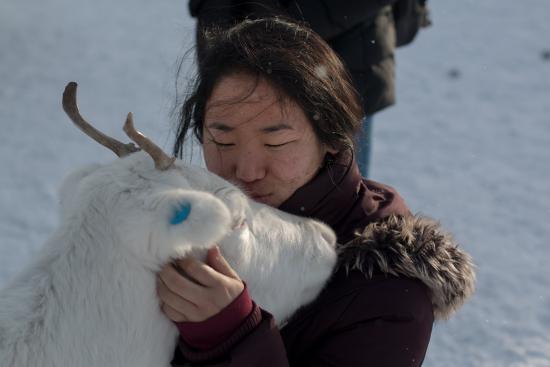 Benita knew as a freshman that she wanted to study abroad, but she didn’t know where to start. She visited IPENG and they walked her through the programs available to MechSE students. She chose to go with KTH during the second semester of her junior year and planned her schedule around that. She recommends that freshman keep their options open and plan to study abroad even if they are unsure.

For Benita, there was a bit of a transition from American schooling to Swedish schooling. She felt that the school’s teaching philosophy was more hands-off than at Illinois.

For Benita’s schedule she spent less time in class than she would at Illinois. The courses had lectures and sometimes projects, but no discussion sections were included in any of her courses. This academic independence brought together the exchange students even more with Benita calling it a “supportive and lovely community.” With fewer assessments, the structure of schooling allowed students to take ownership of their learning experience as well as have more time to develop other parts of their life, allowing time to travel, visit family, or have part-time jobs. 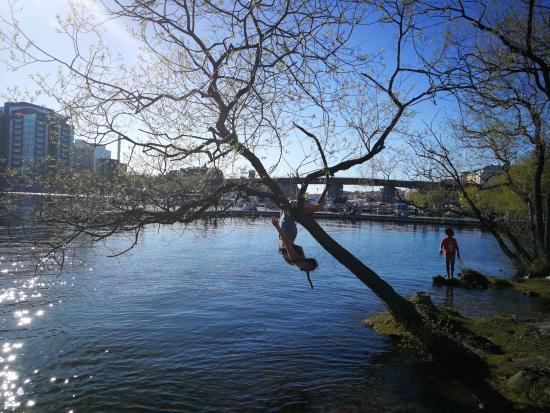 Benita praised KTH for their efforts to welcome the exchange students and establish the community for them; the school hosted several events within the first month of their stay. Living in the university-provided dorms was a great way to meet people. Although everyone had an individual room, the exchange students ended up spending a lot of time together, especially in the winter months when the cold made them want to stay in.

“Overall, I think the best part of exchanges are the people that you meet,” Benita said. “I have true friends in France, Germany, Austria, Canada, Sweden, Australia, and more because of exchange and that's the very best part.”

Rich with traditional and modern culture, Stockholm has plenty of things to keep a resident busy. With the train system taking Benita everywhere she wanted to go, she got to explore much of the city’s four main neighborhoods (Gamla Stan, Sodermalm, Ostermalm, and Norrmalm). There were festivals and activities to do all over the city, one that Benita wishes she could have attended, is called Free Flow – a weekly event much like a rave that focuses on love and acceptance.

Benita’s experience at KTH was filled with new friendships and great cultural experiences, as well as an introduction to a new way of learning. The bonds she created with the other exchange students were so tight that she had a hard time saying goodbye. 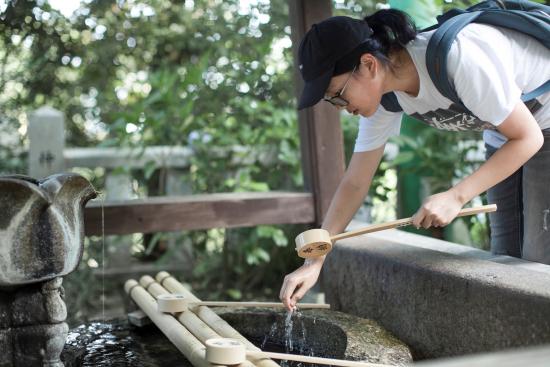 Ziran, who grew up in China, did not feel much of a culture shock while studying in Japan, but she was surprised by how nice the dorms for exchange students were! The seven girls on the trip with her shared an apartment, but each had an individual room and they shared large bathrooms. The apartment was very clean, nice, and included a kitchen, but none of them wanted to use it! She said the food available in Japan was incredible, and she praised both the school’s cafeteria as well as the options available at local convenience stores.

“It’s amazing there that the food in convenience stores is delicious too,” Ziran said.

Many of the students on the trip with Ziran joined clubs at the university or spent their weekends taking the Japanese train system to different cities. Ziran’s favorite thing to do was attend the Japanese summer festivals. Specifically, she enjoyed the summer festivals (Natsumatsuri) where many attendees wear traditional dress and the fireworks are the highlight of the night!

Ziran said that although the classes were very different from those at Illinois, it wasn’t difficult to make the transition. She took two classes at the university, the automotive class and a Japanese language and culture class. The classes last longer than the classes at Illinois, but the work for both courses was very manageable.

For Ziran, she felt the automotive class was a good introduction to the upcoming technologies for Japan’s many car companies. With members of industry, researchers from national labs, and Nagoya University faculty lecturing, Ziran said that there was always something new to talk about. Some of those topics included: increasing efficiency, artificial intelligence in cars, and trends of the automotive industry.

“This is a very fun program,” Ziran said. “It is perfect for anyone interested in Japanese culture or for anyone who wants to go to grad school in Japan.”

There were a lot of ways to be immersed in the culture, whether it was through the class or through travel. Ziran said the language barrier was rarely a challenge for non-Japanese speakers, and there were plenty of opportunities to attend museums or festivals on both traditional and modern Japanese culture.

Check out several of our students' blogs on their study abroad experiences.