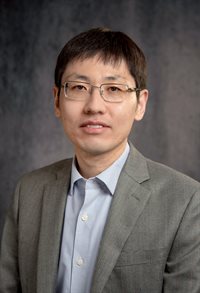 MechSE’s Chenhui Shao was named one of this year’s recipients of The Grainger College of Engineering Dean’s Award for Excellence in Research. He won in the assistant professor category.

The award honors faculty who have demonstrated an outstanding record of research achievements and publications during academic year 2020-2021.

He will be formally recognized at the college’s Faculty Awards Ceremony on April 25 at the Campus Instructional Facility.