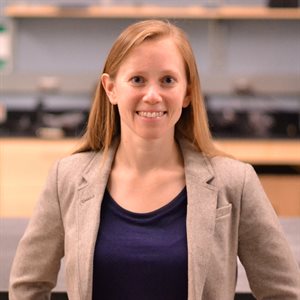 The Journal of Applied Mechanics Award is provided by the Applied Mechanics Division (AMD) of the American Society of Mechanical Engineers (ASME) to honor the best paper which has been published in the Journal of Applied Mechanics during the two calendar years immediately preceding the year of the award. The award is made annually to the corresponding author of the paper who received their Ph.D. no more than 10 years prior to July 1 of the year of award. Corresponding authors who have yet to receive a Ph.D. may also be considered.

Matlack earned her PhD in mechanical engineering from Georgia Tech in 2014. She joined MechSE in January 2017 after a postdoctoral position at ETH Zurich.