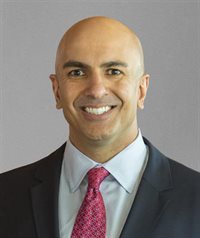 Early last October, Neel Kashkari [BSME '95, MSME '98] the president of the Federal Reserve Bank of Minneapolis, spoke to several dozen graduate students at the University of Minnesota. Federal Reserve officials tend to choose their words with exquisite care. One misstatement or clumsy phrase, even before an audience dressed in shorts and flip-flops, can spook the financial markets. With the Fed, the nation’s central bank, rapidly raising interest rates to combat the highest inflation that the United States had experienced in four decades, Wall Street was especially skittish. But there was little chance of Kashkari’s committing a gaffe: He was a skilled public speaker, an ability that he honed during a failed campaign for governor in California in 2014. He also had a politician’s knack for using easy-to-understand anecdotes to illustrate complicated ideas.

Read the full story at nytimes.com >>