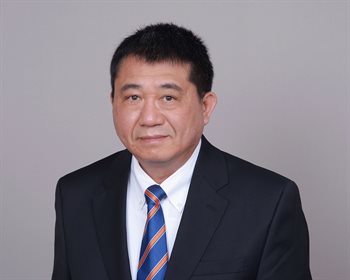 MechSE alumnus and professional engineer Chao-Hsin Lin (PhDME ’89) was elected this year as a new member of the National Academy of Engineering (NAE), adding another prestigious accomplishment to a fruitful engineering career.

Now a Technical Fellow at Boeing, Lin is also a Fellow of the American Society of Mechanical Engineers (ASME), the International Society of Indoor Air Quality and Climate (ISIAQ) Academy, and the American Society of Heating, Refrigerating, and Air-Conditioning Engineers (ASHRAE), and a member of the Washington State Academy of Sciences (WSAS). Originally from Taiwan, Lin is licensed as an environmental engineer in his native country as well as a mechanical engineer for Washington and Michigan. His prolific authorship includes two book chapters and over 190 peer-reviewed technical papers as well as 18 U.S. patents and five for China.

Lin received his bachelor’s and master’s degrees in environmental engineering from Taiwan’s National Cheng Kung University and National Taiwan University, respectively. He moved to the U.S. and joined the Department of Civil and Environment Engineering at UIUC as a PhD student in 1984, following a mandatory two-year term of military service.

“After my education in Taiwan, I desired to live a scholarly life doing research in aerosol science and technology and decided to pursue further education by earning a doctorate degree in engineering,” Lin said.

He transferred to what was then the Department of Industrial and Mechanical Engineering after a year in CEE and completed his PhD in mechanical engineering in 1989. During his time on campus, Lin also met his future wife, Aeja.

“I was very much encouraged to imagine and be creative in problem-solving and innovation,” Lin said of his experience at Illinois. “The camaraderie among fellow graduate students in M&IE was extremely memorable and long lasting.”

Following the PhD program, Lin worked for eight years at General Motors’ Warren, Michigan location. He then moved to Boeing in 1997 as a Principal Engineer within Environmental Control Systems. His work in research and development at Boeing focuses on aerospace environmental control and life support systems to 1) ensure the safety and well-being of passengers and crew, 2) reduce the risk of in-flight disease transmission, and 3) detect and suppress cabin fires. This work would lead to his nomination for NAE.

“I have been a Boeing principal investigator for many research projects over the last 25 years, collaborating with academia and government agencies,” said Lin, who was unaware of his nomination to NAE until he received notice that he had been elected as a new member. Lin is one of 111 new members who were formally inducted during the NAE’s annual meeting on October 2, 2022.

Lin’s current work focuses on improving aircraft readiness for handling another pandemic situation. “I am quite busy developing more realistic and accurate methodology, tools, and experimental validation to assess the risk and mitigation of infectious disease transmission, both airborne and in fomite,” he said.