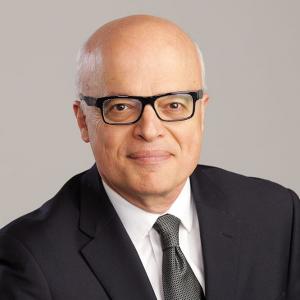 Professor Huseyin Sehitoglu has been named an Honorary Member of the American Society of Mechanical Engineers (ASME).

Selected “for outstanding contributions in mechanical engineering and materials science, particularly in the area of fatigue of materials, and for lifelong engagement with ASME and the mechanical engineering community,” Sehitoglu was one of just five recipients of this prestigious honor given to a small percentage of ASME members. Sehitoglu has been a Fellow of ASME since 2011 and a member for decades.

Sehitoglu, who is also the John, Alice, and Sarah Nyquist Chair in MechSE, is one of the most prolific researchers in the area of fatigue of materials and in shape memory alloys and twinning in metals. His articles are mostly published in Acta Materialia, Progress in Materials Science, ASME JEMT, and International Journal of Plasticity. He has authored more than 300 papers in these areas and advised over 100 students in pursuit of MS/PhD degrees and during their postdoctoral experience. As director of the Fracture Control Program at Illinois, he has organized nearly 100 workshops during the course of his career, helping to train thousands of engineers from industry and government on topics of fatigue.

Sehitoglu joined Illinois as an assistant professor of mechanical engineering in 1983 and later served as Head of the MechSE Department from 2005 to 2009. He was Program Director of the NSF’s Mechanics of Materials Program from 1991 to 1993. He has served as Editor of ASME’s Journal of Engineering Materials and Technology (2003-2008) and is the founding editor of Shape Memory and Superelasticity, an ASM journal.

Of Sehitoglu’s many career honors, his most recent awards include the 2022 TMS Morris Cohen Award for fundamental understanding of fatigue of metallic materials, 2021 Tau Beta Pi Daniel C. Drucker Eminent Faculty Award from The Grainger College of Engineering, and the 2020 Khan International Award, an annual award given for outstanding contributions to the field of plasticity of materials.