Can you actually fry an egg on the sidewalk?

It's a saying you have probably heard at least once throughout your life: "It's so hot you could fry an egg on the sidewalk."

While it is possible to fry an egg on the sidewalk on a hot day, it is unlikely. To be fully cooked, eggs must reach a temperature of 158 degrees, and sidewalks can reach temperatures of 145 degrees. The higher the temperature, the more probable your egg will fry.

It's also crucial to use a good heat conductor, such as a frying pan. A concrete sidewalk isn't the most efficient heat conductor. Although neither is blacktop pavement, it will warm up faster than the sidewalk. 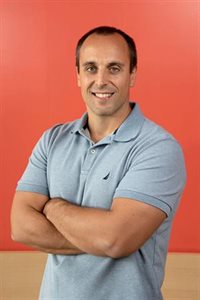 The hood of a car, which is more analogous to a frying pan than pavement or concrete, is even hotter.

Nenad Miljkovic, a professor in the mechanical science and engineering department at the University of Illinois Urbana-Champaign, said sunlight comes through the atmosphere and hits solid objects (like your body or the pavement).

Once the sunlight hits these surfaces, it gets absorbed. As surfaces heat up, their temperatures rise, he said.

Air velocity also impacts how hot surfaces get. If it’s a windy day, surfaces won't get as hot from the sun, but if it's a calm day, the pavement may get very hot, providing enough heat to fry an egg on the ground.

The air usually doesn't reach above 110 or 115 degrees Fahrenheit, but if there's a surface that can absorb solar light, that surface can become much hotter than the air surrounding it, he said.

"On concrete, like black pavements, for example, or if you have a car sitting in a parking lot with no shade and it was painted a dark color, you could reach temperatures approaching 150 Fahrenheit," he said.