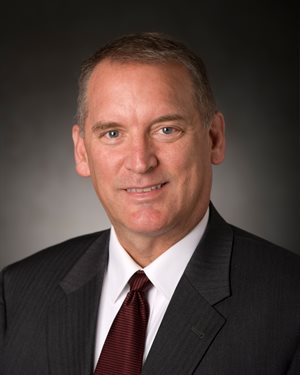 “I'm grateful for many things that I got from the U of I,” he said. “The most important is the opportunity to learn from leaders in the fields. It's really not so important what the information is; it’s the way it's taught to you and what you learn from the way your best mentors teach you.

“It's not having a plan; it's preparation and resilience that are important. Being able to adapt to whatever life brings your way is really the important thing.”

Dr. Bahnfleth’s studies in mechanical engineering emphasized thermal science and systems. He was an undergraduate research assistant for Professor Wilbert Stoecker on refrigeration and air-conditioning projects. He was elected to Pi Tau Sigma and Tau Beta Pi and received Bronze Tablet honors at graduation. His master's research on mass transfer analogs for low Prandtl number free convection was supervised by Prof. Michael Chen. He completed his PhD on three-dimensional modeling of slab-on-grade heat transfer as an advisee of Prof. Curtis Pedersen while working part-time at the U.S. Army Construction Engineering Research Laboratory and completing a second bachelor’s degree in applied music (organ/harpsichord). He pursued his interest in competitive distance running throughout his university years and was a three-time recipient of the Avery Brundage Scholarship and two-time participant in the Boston Marathon.

In 1989, Dr. Bahnfleth joined ZBA, Inc. in Cincinnati, Ohio, as a senior consultant. His work there focused on district heating and cooling systems. He developed a specialty in stratified thermal energy storage systems and received a first place ASHRAE Technology Award for the design of the Cornell University thermal storage addition, which is still operating more than 30 years later. In 1994, he joined the faculty of the Penn State Department of Architectural Engineering, where he teaches courses in HVAC fundamentals, district energy, and indoor air quality. He has conducted significant research on earth-coupled heat transfer, chilled water system performance, and stratified thermal storage, but for the past two decades has focused primarily on indoor air quality, in particular, bioaerosol control. He has continued to consult on thermal storage projects and has participated in the design of more than 20 systems around the world – including the one at UIUC. Dr. Bahnfleth has been active in ASHRAE throughout his career, serving as its president in 2013-2014 and chairing its Epidemic Task Force during the Covid-19 pandemic. During the pandemic, he has given more than 150 presentations on airborne infection control, a similar number of media interviews, and has given testimony to Congress and advised White House staff and numerous government agencies and private organizations.

He is a fellow of ASHRAE, ASME, and ISIAQ (International Society for Indoor Air Quality and Climate), and a recipient of numerous ASHRAE awards, including the F. Paul Anderson Award, its highest individual honor.