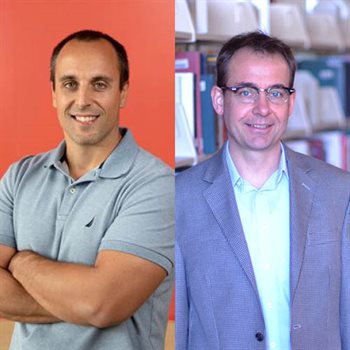 An industry/university cooperative research center founded in 1988 by the National Science Foundation, State of Illinois, and the Richard W. Kritzer Endowment, ACRC works with about 30 sponsoring companies to develop a new generation of energy-efficient and reliable equipment for using environmentally safe refrigerants. The MechSE Department has a long history of leadership in air conditioning and refrigeration.

Elbel and Miljkovic are taking the reins from MechSE Distinguished Research Professor Pega Hrnjak, who served as ACRC co-director from 2001 to 2015 (with Professor Tony Jacobi) and director since 2015.

Elbel first worked in the ACRC as a mechanical engineering doctoral student and then later as a PI. Miljkovic’s involvement began when he joined MechSE in 2014. They both served as associate directors during the past three years.

“We look forward to retaining our members in the center and to adding even more as the world transitions to a more electric future due to climate change challenges,” Miljkovic said.