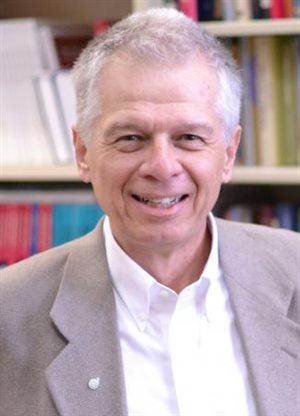 MechSE professor Martin Ostoja-Starzewski has been elected to the European Academy of Sciences and Arts (EASA).

The EASA is a non-governmental, European association committed to promoting scientific and societal progress. Founded in 1990 as a learned society, the members are leading scientists, artists, and practitioners of governance, who are dedicated to innovative research, interdisciplinary and transnational collaboration as well as the exchange and dissemination of knowledge. EASA brings together approximately 2,000 eminent scholars and practitioners, among them 35 Nobel Prize winners. They are divided into 7 classes: Humanities; Medicine; Arts; Natural Sciences; Social Sciences, Law and Economics; Technical and Environmental Sciences; and World Religions. EASA’s activities take place by class or between them for interdisciplinary exchange.

EASA also awards an annual Tolerance Prize to persons or institutions with exceptional merit for building bridges and promoting tolerance between communities. Several Heads of State are the Protectors of the Academy. Its list of Honorary Senators comprises many distinguished leaders, such as former Prime Ministers or Ministers from various countries, former Presidents of the Commission of the European Union, and others. The Academy is in the ancient St. Peter’s Abbey in Salzburg, Austria.

Ostoja-Starzewski joined MechSE in 2006. He earned a PhD in 1983 in mechanical engineering from McGill University in Canada. His research interests are in engineering science, primarily in thermo-mechanics of random and fractal media, advanced continuum theories, stochastic mechanics, and wave motion, with applications to nanotechnology, aerospace, bio- and geo-physical problems. In 2018 he received the Worcester Reed Warner Medal of ASME.