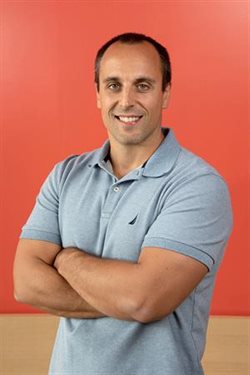 Associate Professor Nenad Miljkovic was named one of this year’s recipients of The Grainger College of Engineering Dean’s Award for Excellence in Research. He won in the associate professor category.

The award honors faculty who have demonstrated an outstanding record of research achievements and publications during the previous five academic years.

Miljkovic, a Kritzer Faculty Scholar, leads the Energy Transport Research Lab, which continues to push the boundaries of heat transfer research. He has focused on some of the toughest problems in his scientific domain, including durability, longevity, and scalability of engineered coatings for phase change heat transfer. His work has focused on solving the world’s energy and water problems -- specifically, his recent breakthroughs in developing the first fundamental understanding of dropwise promoter degradation mechanisms during condensation of steam, as well as the development of promoters capable of achieving stable dropwise condensation for more than three years’ time.  He has earned 16 major recognitions in just the last five years for his innovative work.  Miljkovic previously won this award in 2019 as an assistant professor.

He will be formally recognized at the college’s Faculty Awards Ceremony on April 25 at the Campus Instructional Facility.