An interview with Professor Joseph Bentsman

Growing up in the USSR, Professor Bentsman drew initial interest in the engineering profession from participating in Minsk Mathematical Olympics at the city level (passing his high school and district levels); from his father, who worked as an electric drives control engineer; and from tinkering with tube amplifiers for his high school garage rock band where he was a lead singer. In addition, the department of automation of electric drives at the Byelorussian Polytechnic Institute (BPI) in Minsk, Belarus was one of the most prestigious in BPI, so he joined his friends and says he has never regretted it. He completed four years of full-time studies and then was drafted into the Soviet Army, where he served from 1973 to 1975. During his time in the army, Bentsman worked on building automated power stations in Siberia, including one of several stations with enormous antennas that supported the Apollo-Soyuz project.

After the military service, he joined the Kirov Machine Tool Factory Design Bureau in Minsk as a full-time electric drives control engineer, while finishing up his Engineering Diploma degree—an equivalent of an M.S. degree—culminating in a large project.  From 1981 to 1984, Professor Bentsman worked as a Research Assistant in the Department of Electrical and Computer Engineering at the Illinois Institute of Technology while earning his PhD in Electrical Engineering. After graduation in 1984. he was invited to the University of Michigan at Ann Arbor for a post-doctoral research associate and a lecturer position. He worked there from January to August of 1985, and in August of 1985, he accepted a professorship in the former Mechanical and Industrial Engineering department at UIUC and has remained here since.

The first few projects that Professor Bentsman took on at the beginning of his professorship involved investigating the control of laser-illuminated chemical reactions, which he completed while being housed temporarily in the lab of the late Professor Jyoti Mazumder. Jointly with Jyoti, he also investigated closing the loop around the laser chemical vapor deposition process. Currently, Professor Bentsman’s team is researching a combination of the control theory, modeling, and software development for continuous steel casting and automated electrosurgery.

Professor Bentsman gave many reasons for how his work could significantly impact society. With the invention of thin slab casting by Nucor Crawfordsville in 1989, steel casting could no longer be managed manually and required an automatic control system. In a joint effort with Professor Brian Thomas and their students, they developed a real-time 2D solidifying steel shell temperature control unit. It was implemented at Nucor in 2006, and later at ArcelorMittal, and they have been in contact with Nucor ever since to develop new ways to improve the system.

Another great milestone that his research team has achieved recently comes in the area of electrosurgery. Professor Bentsman and his students closed the world’s first control loop around electrosurgical power, which will minimize tissue damage during electrosurgery. It seems like a promising method to minimize negative surgical outcomes in the near future.

The greatest challenges that confront Professor Bentsman’s work come from trying to formulate the models that could potentially capture the process behavior, adjusting them to match the experimental lab data, and developing the control laws to obtain the desired process performance. These issues call for a constant search for new ideas, which Bentsman finds to be the most enjoyable part of his work. He says that the greater picture of developing new research and creating breakthroughs is the most rewarding aspect of his work.

I asked Professor Bentsman about the textbook that he published in 2016 titled “Introduction to Signal Processing, Instrumentation, and Control: An Integrative Approach” and how it reflects his teaching techniques. Bentsman said that he likes to present coursework through the full mathematical derivations of the material to lay a solid foundation of the fundamental understandings of the topic, and then to make the students convert the concepts into effective tools through a challenging industrially-relevant application.

Finally, I asked Professor Bentsman a few general questions about what advice he would give to a struggling student and what qualities he believes helped him to persevere through his education. Each answer he gave me aligned with the idea of living within your problems and not giving up. He says to never think about winning or losing but to apply yourself wholly until your adversity has been overcome. 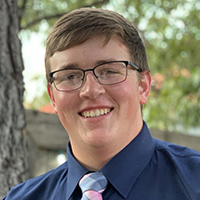