One alumnus' story, from Intel to Carnegie Mellon 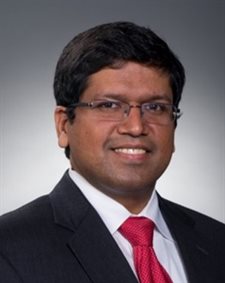 Rahul Panat received his PhD in theoretical and applied mechanics at the University of Illinois in 2004. Since then, he has had an impressive career in both industry and academia, working for Intel, Washington State University, and currently, at Carnegie Mellon University as the Russell V. Trader Associate Professor of Mechanical Engineering and Associate Director of the Manufacturing Futures Institute, a large autonomous institute at CMU tasked with digital transformation of manufacturing.

At UIUC, Panat worked on jet engines to try to increase temperature thresholds. To do this, he needed to identify why cracks formed at such high temperatures. He conducted a series of experiments to determine the root cause of the crack formation, and the model he developed is still used for analyzing crack formation in heterogeneous materials.

After graduating in 2004, Panat worked for Intel Corp. for a decade, where he received multiple awards recognizing his work in microelectronics. He worked in the research and development unit of Intel, where he was the lead manufacturing engineer tasked to eliminate halogens from integrated circuit (IC) chips. This success was later emulated by companies throughout the world. He was also responsible for developing embedded capacitors for the world’s first billion transistor server chips necessary to carry out intense computational tasks such as those used in stock market transactions and weather predictions. Although industry was exciting, Panat ultimately decided to come back to academia to enjoy more research freedoms and to conduct fundamental research as the basis for future technologies. Another drive was the desire to interact with students and mold their thinking towards commercializing their research.

Going back to academia, Panat continued to work on printed electronics and developing new manufacturing methods. At Carnegie Mellon, his work has applications in biomedical devices focusing on biosensors, brain-computer interfaces, and lithium-ion batteries. In the last year he developed a 10-second pathogen test which could identify COVID-19. He teaches design courses at CMU and encourages students to think about simple design solutions for daily problems. Students from his classes have filed for eight invention disclosures for their designs. The IP rights for a design his students developed in his class was recently acquired by a Fortune 500 company.

Panat felt that the TAM program at UIUC prepared him well for his experiences after leaving Urbana-Champaign. One of the things that pulled him to UIUC was that TAM students here were expected to know the fundamental math and science behind the engineering principles. He also found a very friendly and a stimulating intellectual environment.

“The training in TAM emphasized knowing the fundamental physics behind the engineering principles. This knowledge gave me an advantage in my career and equipped me with the ability to think about new ideas and concepts. UIUC faculty members are leaders in their fields – being in this environment instilled in me the desire to strive and excel in whatever I do! We all should feel proud to be part of the great Illini tradition.”