An interview with Professor Kyle Smith

When Professor Smith began, there were two main directions that he focused upon for his research activities. The first path that he explored dealt with the patterning of porosity within lithium-ion battery electrodes in order to enhance ion transport inside of them to make the battery cycle more efficient. The second path that he took involved working with what he essentially calls batteries to desalinate water. Before beginning experimental work on those projects, he did quite a bit of individual research developing models based on the microscopic transport processes that occur inside of the battery-like devices. These models helped his graduate students get an idea of what results they should expect.

Often, we think of water scarcity only being a problem in third world countries, but Professor Smith brought to my attention that according to many studies that have been done, more than half of the world’s population experiences water scarcity at least one month out of the year. This is the driving motive for his work to develop new ways to extract water that is usable for drinking, agriculture, and a host of many other uses out of alternative and abundant water sources, such as seawater. There are other methods that are currently available that can accomplish this task. For example, one of the most popularly used methods is a process called reverse osmosis. This method involves filtering source water through a membrane with pores that are only large enough to fit water molecules by pressurizing the water to a very high level. This method has mechanical constraints and environmental concerns over its waste that Professor Smith’s electricity-based method would solve.

One of the most difficult issues Professor Smith has been faced with in his research is that of selective separation. This process would ideally isolate one specific problematic ion in a mixture and remove it from the solution while leaving the remaining ions alone. This method could streamline many purification processes.

Despite his heavy involvement in trying to create clean water for everyone, Professor Smith enjoys a different aspect of his work more. He says that the most rewarding part of his job comes when he sees students taking ownership of their own work and coming to conclusions or developing new ideas that he would never have thought of himself. He believes it is important for students to understand why experiments fail and for them to create the connection between models and experiments and how they may differ because of reasons that were not factored into their predictions.

Lastly, I asked Professor Smith what message he would send to undergraduate students who were curious about becoming undergraduate researchers. Smith said that he absolutely would recommend it to anyone no matter what path they choose to take for their career. During his time at Purdue University, he did research as an undergraduate student, and it greatly changed his outlook on engineering and inspired him to further his education. 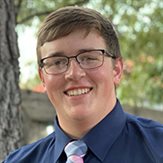