Miljkovic awarded for contributions to field of condensation heat transfer 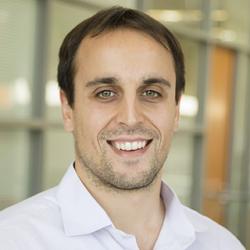 Associate Professor Nenad Miljkovic was named the 2021 winner of the Bergles-Rohsenow Young Investigator Award in Heat Transfer from the American Society of Mechanical Engineers (ASME).

The award recognizes a young engineer who has contributed significantly to the study of heat transfer in their early career. Established by AMSE’s Heat Transfer Division in 2003, the award was funded through the efforts of Arthur Bergles and Warren Rohsenow who are well known for their accomplishments in heat transfer research and for their mentoring of young researchers.

Miljkovic earned a bachelor’s degree in mechanical engineering in 2009 from the University of Waterloo (Canada), and MS and PhD degrees in mechanical engineering from MIT in 2011 and 2013, working with Professor Evelyn Wang. After a one-year postdoctoral position working with Professor Gang Chen at MIT, he joined MechSE as an assistant professor in 2014. He has courtesy appointments with MRL, ECE, and the International Institute for Carbon-Neutral Energy Research (I2CNER), a collaboration between UIUC and Kyushu University in Japan. In 2018, he was promoted to Associate Director of the Air Conditioning and Refrigeration Center (ACRC), which is an NSF-founded I/UCRC. In 2019 he was named a Kritzer Faculty Fellow at UIUC.