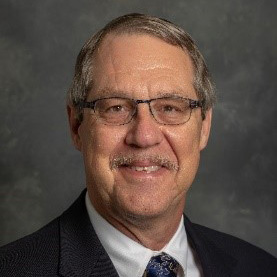 MechSE alumnus and University of South Carolina (UofSC) Distinguished Professor Michael Sutton (PhDTAM ’81) was awarded the Society of Engineering Science's (SES) Engineering Science Medal for his "pioneering contributions" to the fields of experimental solid mechanics and materials characterization through his creation of digital image correlation technology (DIC). The recognition highlights the increasing importance of the DIC technology that is now used in nearly every field of engineering.

Today, NASA uses the DIC technology for structures and materials testing. It's used by Proctor and Gamble to assess the effectiveness of their anti-wrinkle creams. The U.S. Army uses it to make its equipment more resistant to the shock of explosions. It's helping increase railway safety, the effectiveness of bridge inspections, and the reliability of manufacturing standards.

"Receiving this recognition by SES, whose members embody the principles of scientific and engineering excellence, takes me by surprise," Sutton says. "My reaction is most likely because you don't fully realize what has been accomplished until your peers recognize your contributions. I am truly honored that scientists and engineers within SES decided that what my group and I have accomplished is sufficiently significant and impactful to be awarded one of SES's highest recognitions."

Sutton has been a professor in the UofSC College of Engineering and Computing mechanical engineering department for nearly four decades, where his work in digital image correlation made him a pioneer in the field. His research advanced the entire field of mechanical engineering, allowing for the measurement of full-field deformations in structures across a wide spectrum of materials. In early 2020, he was also elected to the National Academy of Engineering, which is the highest recognition an individual can receive in the field of engineering.

"Mike has been a superb researcher and teacher, and his contributions continue to have profound impact on the work of many practitioners of experimental mechanics," says Hossein Haj-Hariri, dean of the College of Engineering and Computing. "We are particularly proud that Mike's contributions have come about over a career wholly in our college and with our students and colleagues over many years. It is my honor to be his colleague."

Sutton began working on digital image correlation at UofSC in 1982, shortly after completing his doctorate in the Department of Theoretical and Applied Mechanics at the University of Illinois. In 1997, through his research at UofSC, he co-founded Correlated Solutions, Incorporated to transfer the DIC technology to industry, government laboratories and academia throughout the world. Today, Correlated Solutions is a leader in digital image correlation and now does business globally, with DIC systems on all continents except Antarctica. It is also the only U.S.-based DIC-system provider. Sutton currently maintains an advisory role at the company, with his former doctoral students, Hubert Schreier and Stephen McNeill, overseeing day-to-day operations as CEO and CFO, respectively.