A Look at a Few Undergraduate Students

MechSE’s undergraduates in ME and EM are an impressive group, and the young women among them play a vital role in making the department a top ten program. Through academic excellence, leadership in student organizations, unique internships, creative outreach, and much more, they continually achieve greatness. 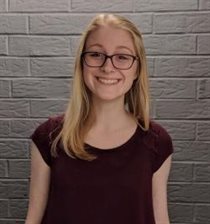 A mechanical engineering student that gained her interest in mechanics through a love for Disney World, Claire Bowman brings unique creativity and energy to the department. Involved in ASME and Rube Goldberg, Claire makes friends everywhere she goes. Claire has interned at Asahi Kasei BioProcess as an Engineering Intern and she has worked in an Engineering co-op with Disney. Claire’s best memory of Disney was her and her family getting evacuated off of a stopped ride, allowing them to see the inner workings of the ride. For Claire the best part of the illusions in amusement parks is getting to learn how it all works! It was that sort of blend of logic and creativity that led to Claire choosing mechanical engineering. Read more >> 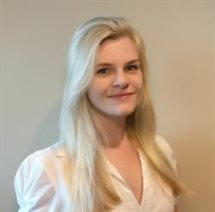 With her interest in mechanical engineering sprouting out of designing and building props for video game cosplays, Caitlin Benvau knew what she wanted to do  by the time she was in middle school. Once she came to Illinois for engineering she became involved in various organizations. She was a part of the MechSE Advancement Student Committee (MASC), publicity chair for the Illinois’ branch of the American Society of Mechanical Engineers (ASME), technical president of Student Space Systems, and the founder of an art community on campus that creates a low-stress place  to create art together. Caitlin loves Illinois and the campus, but along with being a student and being extremely involved she has to balance treatment of her Combined Variable Immune Deficiency (CVID) which renders her body unable to defend itself against infections. She has made the best of her situation and she has had work positions at Procter & Gamble as well as Blue Origin. When she graduates, Caitlin hopes to pursue either an MBA or a law degree so that she can better understand the business and management side of engineering. Read more >> 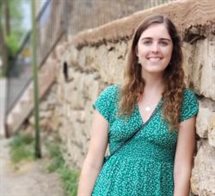 Paige Solcani is a spring 2020 ME graduate with a lengthy list of contributions to the department and the college. She participated in the Society of Women Engineers (SWE) Team Tech design challenge, she was a part of the Women in Math Science and Engineering (WIMSE) Learning Living Community, she consistently took part in E-Week and Engineering Open House (EOH) activities, and she  served on the Illinois’ American Society of Mechanical Engineers (ASME) executive board. She worked in the International Programs in Engineering and created a program called iPals to help give students studying abroad a sense of community. Her junior and senior year, she worked with freshmen in engineering becoming an Engineering Learning Assistant for the introductory program Engineering 100 and continuing to become the Lead Engineering Learning Assistant. Paige was obviously extremely involved, but it’s all because she wants to give back to the school that gave her so much. She spends her free time with her friends across campus as well as by participating in intramural sports. Read more >> 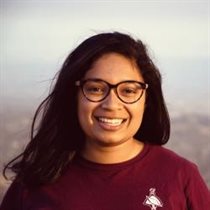 Maya D’Souza graduated from Illinois with her bachelor's in ME, and when she was in school she managed to gain a lot and give back a lot from her involvement with RSOs. Maya served as leadership in the Illinois chapter of the American Society of Mechanical Engineers (ASME) and Women in MechSE. ASME provided Maya a lot of valuable leadership and technical experiences holding the titles of Social Director, Webmaster, Internal Affairs Director, and President. Maya provided guidance and support to women in MechSE through her RSO’s and also provided guidance to engineering students as an Engineering 100 Engineering Learning Assistant (ELA). Throughout her time in undergrad she held three internships, working with Caterpillar, Whirlpool, and Clorox. After all the late nights and hard work Maya is grateful for the MechSE community and as she continues on to work at 3M we can guarantee that that community will still be available for support. Read more >> 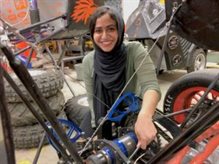 Transferring from her local community college and into Engineering Mechanics, Sarah Osman was involved in Illini Formula Electric, the Mechanical Engineering Honor Society -  Pi Tau Sigma, and was a Research Assistant at Carle Foundation Hospital. She received an Engineering Visionary Scholarship which enabled her to put more time into her research where she worked to develop an oxygen encapsulating formula with applications in cancer research and eye disease. As a woman in engineering, she felt it was very important to empower other women to consider engineering as an option. Sarah continued with her education by pursuing a graduate degree after graduating from Illinois undergrad. Read more >> 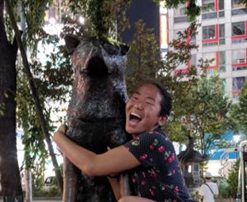 Benita Ning, a recent MechSE graduate, got her bachelors in mechanical engineering and was a bright personality within the department. Her demeanor and level of involvement made her a staple of MechSE, with her leadership positions spanning multiple positions in the Illinois chapter of the American Society of Mechanical Engineers (ASME), a committee chair for the Society of Women Engineers (SWE), and the head Engineering Learning Assistant (ELA) for Engineering 100. The second semester of her junior year she studied abroad in Sweden and spent the summer after working in Japan. She always highly valued her personal relationships and when she was able to impact students in Engineering 100 it showed her how important that is to her as well. This realization led to her choice to work for Teach for America as a Secondary Science Teacher after graduating. Read more >> 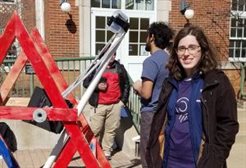 Alexandra Baumgart graduated from mechanical engineering with four years of departmental involvement as well as four years of Marching Illini under her belt. In her time at Illinois, Alexandra was a dedicated member of the school’s marching band in the mellophone section, even traveling to march in the St. Patrick’s Day parade in Dublin, Ireland. Within the department, Alexandra was a dedicated member of the honors fraternity Pi Tau Sigma (PTS), participating in the project team, hosting the cookouts, and holding positions of Secretary, External Vice President, and President. She also did research working in the Biomechanics lab and in Professor Glumac’s lab working on combustion diagnostics. Alexandra is continuing her incredible work and application of her dedication by pursuing a PhD. Read more >>