A Look at a Few Alumni

To be a MechSE alumna means having a career that’s way beyond the “expected,” whether they are ascending the ranks in industry, contributing to future generations with a career in academia, or blazing a new trail through entrepreneurship. 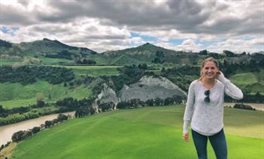 As a Senior Analyst for PricewaterhouseCoopers (PwC) in New Zealand, Taylor Boyke is both figuratively and literally on a road less traveled. She graduated in 2016 with a double major in mechanical engineering and Spanish. Since then, she has been busy pursuing opportunity and adventure. To all soon-to-be graduates and new young professionals, Taylor wants to stress that you should not feel locked into any decision that you are initially making. Any career path you take can bring you down some unpredictable twists and turns. If you are open to new opportunities that may be awaiting, you will be surprised with what comes your way.  Read more >> 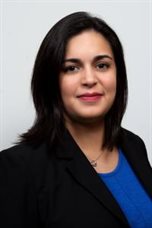 Diana Betancourt-Roldán (MSME '12) was recently promoted to Senior Resident Inspector at the Byron nuclear power plant in Byron, Illinois. One of two senior resident inspectors located there, Betancourt-Roldán is the eyes and ears of the NRC and enforces regulations to ensure the plant is operating in a safe manner. To further her career, Betancourt-Roldán enrolled in the online Master of Science in Mechanical Engineering program in MechSE to learn more about mechanical failure, graduating in 2012. Her Illinois degree gave her the expertise in failure mechanisms that allowed her to become a mechanical inspector. Combined, this helped her achieve a goal of becoming a resident inspector for NRC. Betancourt-Roldán said the education she received from MechSE equipped her with the expertise to perform failure analysis and allowed her to be a part of a major inspection called a supplemental inspection. Read more >> 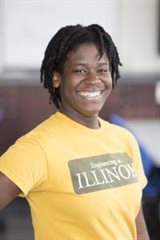 The resume of Oluwami Dosunmu-Ogunbi The resume of Oluwami (BSME ’17) reads like an accomplished career woman. She conducted research on powder-based 3D food printing at the National University of Singapore. As a student in the Hoeft Technology and Management Program, she participated in an international business competition in Brazil over winter break. She interned at the Toyota Motor Manufacturing plant, taking on two major projects and seven others to improve the testing process of quality checks. She was a Chancellor’s Scholar, and helped influence engineering education—serving as a Student Consultant on Teaching (SCOT); a Resident Project Advisor and mentor to 50 incoming engineering students; and a Lead ELA (Engineering Learning Assistant) for freshmen. Her research experience in the lab of a pioneering virtual reality scientist at Illinois confirmed her interest in pursuing a graduate degree, and she is now a mechanical engineering grad student at the University of Michigan studying mechatronics.  Read more >> 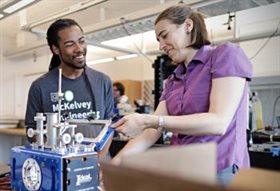 Alumna Patricia Weisensee (PhDME ’16), advised by Professors Bill King and Nenad Miljkovic, studied the interaction of liquid droplets with superhydrophobic surfaces and how this type of surface design can enhance heat transfer. Using a high-speed camera to record the impact of droplets hitting these nano-engineered surfaces, she demonstrated up to two times smaller contact times when compared to rigid surfaces. During her studies at Illinois, she taught or co-taught several courses with her advisors. She also sang in two university choirs. “I believe the more balanced a student’s life is, the better his or her performance will be in every aspect, including more productive research and teaching.” She is currently an assistant professor of mechanical engineering at Washington University St. Louis. Read more >>

With a passion for manufacturing beginning at a very young age, Valeria Laguna has achieved a great deal in her chosen field, becoming an MPD (Material Process Delivery) Leader at Procter & Gamble. With projects such as working from the ground up on development of a new manufacturing plant, she has been able to put her love of manufacturing to good use. While Valeria was a student in MechSE, she participated in the Illinois branch of the American Society of Mechanical Engineers (ASME), was a tour guide, was the lead Engineering Learning Assistant (ELA) for Engineering 100, and was a part of the Team Tech design team for the Society of Women Engineers (SWE). Read more >> 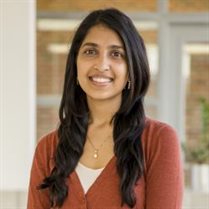 MechSE alumna Ritu Raman earned her master’s in 2013 and PhD in 2016 in mechanical engineering. While at Illinois, she worked with Professor Taher Saif and Professor Rashid Bashir to study the use of biological materials in mechanical machines. She is currently working as a postdoctoral fellow at MIT and hopes to continue this research in her own lab someday. Working on a book about building with biology, Ritu is working to target an audience without a STEM background and raise awareness and understanding of her work. Ritu has been named to both MIT Technology Review’s 35 Under 35 as well as Forbes’ 30 Under 30. Read more >> 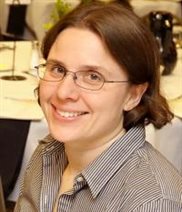 Melonee Wise (BSME ’04, MSME ’06) is the CEO of Fetch Robotics, which optimizes warehouse operations through two core robots offerings. Both products are autonomous mobile robots that operate safely in commercial and industrial environments shared by people. With a 12,000-square-foot facility in San Jose, 40 robots, and about 35 employees, Fetch Robotics is a fast-growing startup that, in 2017, is looking to grow to about 60 employees. Melonee described the atmosphere at the company as one that’s inspiring and unique. “When you walk into Fetch, you also see a lot of robots,” she said. “At any one time in any one area, we probably have 10-15 robots just strolling around. We also have a secondary site where we do testing, so we have a fake warehouse.” In 2014, she was named to “The 15 Most Important People Working in Robotics” list by Business Insider. She was also one of three MechSE alumni to receive the Distinguished Alumni Award for 2016. After earning her degrees, Melonee worked as manager of robot development at the widely revered startup Willow Garage. She then went on to be CEO and co-founder of Unbounded Robotics, where she and her team were the inaugural winners of the RoboBusiness Pitchfire Competition. Read more >> 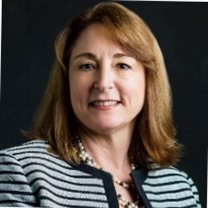 Heidi Larsen (BSME ’81), a member of MechSE’s Alumni Board, uses the analytical approaches to complex problem-solving she learned as an ME undergraduate in her career in high technology. In her role as a manager at SOASTA, a software startup in Silicon Valley that provides solutions to optimize the performance of web and mobile applications with real time, big data analysis, and cloud testing, Heidi helped the company integrate its technology with that of its clients. She now works as a strategy advisor for Atipica. Her interest in enterprise software began when she was a sales engineer at Rockwell Automation assigned to the Silicon Valley territory. “Silicon Valley has great appreciation for Illinois engineering graduates. Employers here know our alumni are ‘battle tested’ with a sound education that can be applied to all aspects of high technology,” she said. 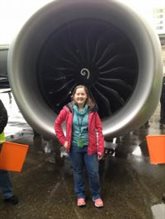 Boeing engineer Erin Sangsomwong knew that an M.Eng.ME degree from Illinois - completed all online - would significantly enhance her career. “The engineering professional classes gave valuable insight into how a company is established, how it protects its assets, and how finances are handled. This allowed me a different viewpoint to look at aspects of my own job and help support innovation better,” she said. Read more >>